Born a mediumistic into a religious family, he experienced from young certain heavenly inner voices that herded him into very strong religious practice. However, trained for priesthood, until one extremely intense session broke the dam walls of limitation, better than anything he had known before, astrology came to be the voice to speak out his esoteric visions, visions of a new spiritual world, visions separating neither creed nor path – All Is One. 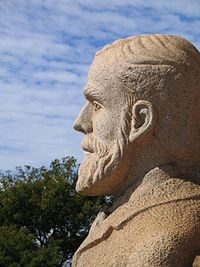 His double-indigenous background (Ancient African mix and his ninth-generation Dutch ancestry – Piet Retief – pioneer of South Africa) revealed secrets… huge secrets. Forty years of psychic messages from the spirit world are now agitated. Others just like him are also seeing this African giant wake up – not tomorrow, but it is right now that Africa – earth’s psychic giant – is coming out from its slumber. Come nearer, let us speak to mystic Africa.

Not so interesting: this specific (OSO-5) space telescope was designed to measure diffuse background X-ray radiation… whatever that means.

Interesting stuff part 2: Eight space telescopes were launched between 1962 – 1975 to study the sun. Their primary mission: to observe an 11-year sun spot cycle. Wait a minute! Say what?

Holger was born a mediumistic. Huh! What’s the chances that space activity could positively impact all earth beings. We’re talking here of galactic stuff, whether of the gods or human interventions. And who better to know what activities are currently happening up there than NASA? Could NASA’s weird activities positively impact your life in some profound way as it has mine – not because they have special powers, but rather because they just happen to know that some days are more special than other days. What if their dates in launching their various space goodies “coincided” with special galactic events? Please know this, not for one single moment do I believe in coincidence…

Eight space telescopes were launched between 1962 and 1975. Something special happened on my day;  Google for yourself “What happened on this day” and insert your date of birth to find out what happened on yours? Remember, there are no coincidences. Do not get caught up by the country in which something happened… galactic events affect the entire earth.

Very briefly, astrology is a universal system of science that can explain every facet of life on planet earth, visible and non-visible. Did you know that every universe ‘out there’ uses a different form of astrology? Astrologies are specific to the structure of each particular universe out there. There is nothing which astrology cannot explain, and we mean nothing. Astrology is the greatest equation known to creation – it is a mathematical formula from the gods. LIFE, AND EVERYTHING ELSE   IN YOUR UNIVERSE WORKS TO AN EQUATION. No exceptions.

Did you know that ALL the world’s mathematics and scientific formulas come from this single system? In fact, every form of noesis originates from this one branch of knowledge… which if you understand would help you figure out the answers to everything.

Astrology is not simply a means of fortune telling. Oh, it contains that, but know this very clearly: a wise master once said the way to read the future is to look to the past. Later we will explain how this works.

A new look at the 12 signs of the zodiac and their animal counter parts is about to occur. But here, we do not talk of physical animals. No! In this new spirit message we talk of spirit or psychic animals (real living beings) who structured and developed your DNA. We talk of your creators, your gods. If they made you, then their spirit energies are definitely within you. And because of this, you sure as dammit should be able to see, feel, and speak with them. The truth is you are connected.

We’re not talking of merely physical connections, but of psychic connections. Africa is the pulse of life, all life… beyond physical DNA, beyond blood and beyond bones. What is your Psychic African Bloodline? I will show you the way. Look deep beyond the physical and you will see who your are.

What blood group and type are you? – This hints at your Psychic African Bloodline.

Through African Zodiac you will discover your genealogy, evolution, rituals, and magic – all these elements have grown this mystical African Land.

The Drakensberg Mountains erupted 180 million years ago; the Dutch called this Drakensbergen (Mountains of Dragons). Was it the pointy tops that gave the appearance of a mythical European dragon? Was it old myths of dragons roaming the mountains? Or were the dinosaur fossils found on this mountain range confused for the remains of dragons?

The highest portion of the Drakensberg Mountains – the Great Escarpment – is known in the local Zulu language as uKhahlamba (Barrier of up-pointed spears). Interesting to note is the peaks of this mountain range from 2,500 metres (8,200 feet) upwards are tree-less.

The ancestors of the hunter-gatherer San people are considered the first inhabitants of modern day Botswana & South Africa. These San peoples believe it was a sacred Praying Mantis who gave them words and fire.

Apart from these San peoples, many myths from the African continent will often feature a trickster. Here, it is important to note that a trickster may be a god, a human being, or even an animal; with his pranks being the root of immense trouble to any of these different species.

To some, they question if a Praying Mantis trickster-deity was one responsible for creating the moon? See Brian Morris – Emeritus Professor of Anthropology, Goldsmiths College, and University of London.

To help you out regarding the future of our species, I have this titbit of information I wish to share with you. It is important to note that the message in these trickster-myths is that of (wit). That wit be disclosed in such a manner to highlight that (neither size nor strength) wins the game.

While the accepted time of civilised man on earth is 6000 years old. Older than this, it is claimed by science that our ancestors existed some 200’000 years ago. However, from the stars, we will discover there exists a third story.

Life in fact, goes back aeons and aeons. When we talk of life, we do not talk of amoeba-type origins, we talk of very intelligent life. Astrology is revered not because of its wonderful mythology or fables, but more so because it predates the first life forms on this planet. The truth is astrology pre-dates all life forms that have ever existed on this planet. Astrology really is the true time line of all life within our universe.

The ancients mapped out the sky with stars and planets. They taught that when a hero died they were placed in the heavens in the sky.

Wikipedia states that astrology began with the Chinese about 3rd millennium BC. Certain claims tell of how astrology here started with the use of tortoise shells showing a sectioned map on the back of one such shell. Different folk lore on the other hand shows many other wild stories in an attempt to explain how each perceived their ideas about the beginnings of astrology.

Another taboo field of religion that many tend to view as prehistoric and retarded is that of sun worship. Here, two very important factors need highlighting:

Astrology is one of the hermetic arts. The classical definition of hermetic is any ancient occult tradition that encompasses any aspects of alchemy, astrology and theosophy.

According to the traditionally accepted version, astrology makes use of a “chart” system where a map of the sky determines some magical unseen forces highlighted by the place and time of birth of the person being considered.

As I expand this website, I will certainly dig into and explain many different facets of astrology with you. For example, what (or rather who) are these so-called ruling deities? In astrology we have 12 signs. These twelve signs whilst each one is made up of an entire constellation each one is given a superior star amongst the rest, but this idea for most folks sounds just a little too weird to buy. Is it possible that this secret is about to be exposed?

On a mundane level there is the popular sun signs and their daily predictions. Although rather vague, the public is addicted to reading them. This kind of astrology has a huge following and gives many people some degree of comfort. Hope after all is very important.

Predictions are greatly sought after – world events, family problems, and our personal future. The primary reason we humans like to know about the future is that we are motivated by the fear factor. In essence, if we could know the future we believe we can avoid he pain. And you are right.

Are these strange goings on still in vogue in India? Oh yes! And they are highly successful. While we in the west we look down on the idea of arranged marriages, I would like to bring your attention to some possible benefits of such a plan.

All images courtesy of Wikipedia