Numerology, very basically is an “experience” of talking numbers – another way to state this is that numbers are an expression of spirit, the creator of the universe i.e. the written and spoken word of spirit personified in the physical universe.

Numerology is MAGIC. A gift from the gods. It is interesting to note that most people see numerology in a linear format. However, numerology becomes the perfect system when it is applied in a cycle format as those found in the cycles of nature. The origins of numerology date back to ancient times, in fact, it predates the appearance of the first humans on earth, which very subtly underplays that numerology originated from our creator gods.

Numerology, very basically is an “experience” of talking numbers – another way to state this is that numbers are an expression of spirit, the creator of the universe i.e. the written and spoken word of spirit personified in the physical universe.

In having studied (for forty-five years) the ancient wisdom of numerology, and I now share for the first time a system beyond any other. Whilst numerology may appear to be something of a purely physical science, one needs simply to look to the ancient world of rock glyphs and symbols depicting language dating back not thousands, but millions of years ago.

Logic clearly steers us in the direction that language, both in its written and spoken form, must necessarily incorporate the kingdom (kingdoms) of the gods. Should anyone alive today correctly desire the true origins or source of any science – and therefore its proper meanings – it becomes absolutely necessary that we align ourselves with the ancestors or creators of these various forms of communication.

Taken deeper, if we know mathematics to be the root of all languages; then this exposes that Numerology is a phenomenally complex system of maths and the spoken word. Numerology incorporates every form of communication wrapped up in one compendium. Numerology is in fact three totally separate languages in one – written, spoken and picturesque.

Numerology IS the highest form of language. The first unit in mathematics is commonly accepted to be number one (1). The concept of One (1), incorporates among others source, origin, beginning and unity. The concept of two depicts duality and separation and more; and on it goes. Numerology, when properly understood will naturally begin to show every facet of existence – the true you beyond that of your physical being, the high and lows of your character. In short, it will help you understand what makes you go tic toc.

This system of Numerology has its base on an even deeper system, that of the number-astrology mix. Very basically, the universe runs like a very large clock on a system of cycles, and highlights both the positive and negative aspects of all of creation from beginning to end – the ever present concept of good versus evil. Taken deeper, it shows the influence of the chief or ruling planets who preside over the remainder of the fixed stars and everything that they influence.

Have you ever given any thought to the idea of everything coming from or consisting of star dust? Stars hold the secrets to all science… stars hold or house the essence of all the different life forms throughout the entire creation. This truth about this system of Numerology is a smorgasbord of information, insights and help from things far beyond our comprehension, secrets still to be uncovered.

The question therefore becomes: “Who really are you?” If we use a form of communication that transcends this physical earth, then it stands to reason that you are not this body. From where does your soul come? What species are you? Your name according to Numerology has the answers.

PAINTING WITH COLOURS OF THE WIND...

delineates that we are a multi-dimensional rainbow. A kaleidoscope of phenomenon displaying to you your hues and tones of flickering numbers as reflected in your name, something which embraces your far flung ancestry of eons ago. The origins of your collective past, make up your NAME, mind, body and soul. Your consciousness is “shape shifting,” even this very moment in time.

When meeting anyone, they ask your name right out. This name of pride and prejudice says it all.
It screams “THIS IS WHO I AM”. Oh! How it reveals all your nuances, character traits and personality. Precious beyond belief, your name is a volcano of information, more than your physical body, your name is simply the magnificent YOU.

Take yourself up another notch. You are not just these skin and bones. Beyond our physical body, we are connected with other beings who are looking after us and guiding us. Beings of light if only we would open up to their vibrations. Surely by now you know we are not alone.

Come on this journey with me, let’s take a new, different look at your name, after all it is in plain sight. I will tell you what your name truly states. Do you feel you don’t belong here? You probably don’t…

Your name is to be cherished just as you cherish yourself. Rise up and embrace how great you are, strive to improve your life. Your opinion is the only one you need to look at regarding yourself. Other’s opinions are a dime a dozen, so what!! Take yourself up another notch, be informed about yourself don’t wait! Get the facts, the time is NOW.

In Name Interpretation I use numero-astrology with insights that I have gathered over many, many years. For those who have androgynous or interchangeable female/male names, I would like to share my observations, and I will also explain the differences to those of you whom use a different name or even a nick name and just how different is this energy to that of your birth name. Nick names affect you much more, and very intensely on a personal level.

Some names with double or three of the same letters will contain double and triple aspects. Depending on your particular arrangement this can make for some incredibly deep significance with their overall energy adding still greater complexity to their makeup. Ruling planets, as the term signifies, is something of huge consequence to deliberate along with a large host of other considerations so numerous that just understanding your life name can busy your thoughts for many years to come. This vast subject is one of great joy to me, fascinating and a way of life.

In this life I have CHOSEN to call myself PAULINE
Each letter has a different number
These numbers are added together
These added numbers give the overall number
Pauline vibrates to number 11 which carries amongst its many energies the Ruling planet of Neptune.

In daily life, when we speak, the words of our language may carry with them aspects of feminine or the masculine. However, in Numerology, each letter holds this power. Energy is not given only to the full name. The individual letters of your name hold oodles of info – something almost like numbers on steroids (negative and positive aspects, ruling planets, psychic influence and more).

When added together, these numbers give an overall vibration – yet another dynamic to Numerology. In my universal event, my name of Pauline vibrates to the energy of Neptune… this of itself is a story of great dimension. The fact that I house the energy of Neptune must lead you to consider that Neptune is in me and I in Neptune. Each of us is far greater… of far more significance… and far more important than you will ever come know.

My vibration is Neptune. My soul’s song is part and parcel of the King of the Underworld, who is also known as Poseidon.
God of the seas, waters, earth quakes and horses.
(Oh yes! I absolutely love horses) 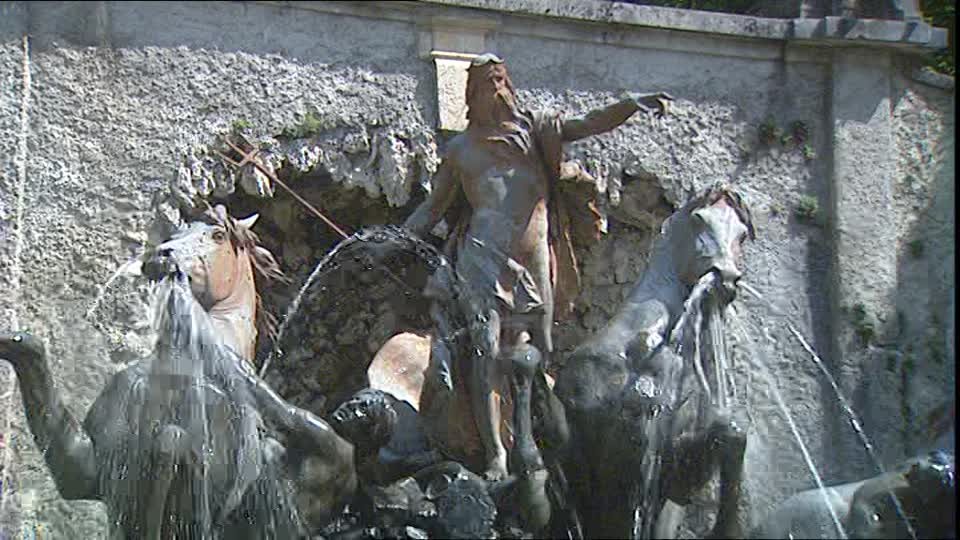 A picture paints a story, look carefully and see what you can read from the picture? Do not forget the trident.

Each letter in your name is a complete story, we can go very deep.

I paint for you a picture with the colours of the wind that will sum up your individual letters/numbers to define your lost physic abilities, your sexual passions, your deepest needs and desires; I will even highlight for you which are your physic blocks. We have been disempowered, lets return to our roots together. It’s exciting, it’s fascinating and it’s fun. Each one of us is full of secrets and surprizes. With different talents, let’s look at them in a new way. We can talk to animals, yet why we don’t gel with certain people. Why don’t’ I feel part of my family, I don’t fit in… (Thank God for that!)

Your name when spoken will reach the farthest corners of the universe through the medium of vibration, but vibration on a deep level. Vibration akin to the first sound that created this universe. And know this… Your echo will never die.

Vibration is the universal expression of spirit, which added into your personal reading I will show you how easily you can learn to use the power of attraction. Observe that in every culture, religion and philosophy how a revered name transcends space and time. I hope you can begin to see how the words “Speak my name and I will appear” take on a new power, especially when spoken by that of a great soul. But more than this, I want you to learn here and now to utter your name with the correct power… power to create or to destroy. The choice of wealth and power is yours merely by understanding “how” to say your name. Thereafter, you really should teach others to speak your name as though it were the name of an angel.

Spirit is not invisible. Spirit on a higher dimension can be heard in the form of sound, and can also be seen in ‘form’ of light and colour. When properly spoken, your name IS light and colour and will manifest itself in its many different forms and shapes depending on how you utter your name. Sometimes your name is spoken with love, sometimes with reverence, and sometimes with venom. One name alone can take on many dimensional forms. This is only just the beginning for you to be able to shapeshift on other dimensions. Today, you shall receive a gift, that of your name full of true power.

Get the facts. The time is NOW! Our earth’s energy is busy changing as we speak, more particularly, it will dramatically change in the last month of this year 2017. Watch and wait. Be informed, knowledge is power.

I look forward to hearing from you. Take care of each other. I am interested in your tale.

TO ORDER: an interpretation of your Name